‘……………..Loving challenges and growing up in an artist family I studied microcomputer engineering in the mid 1980’s always having in mind that someday it might be possible to combine artistry with technology. But that turned out to be a long journey with many side roads.

At the same time as the microcomputer education I was also training for an athletic career as a weightlifter since I loved doing sports. During the later half of the 80’s I accomplished and won seven different championship medals in weightlifting and two in computer programming.

This was a very busy time. Missing doing arts and in need of trying something else I decided to go to art school where I later became teaching digital sound, photo and video editing, robotics and the use of the Internet as an art medium. I was also involved in teaching Adobe Flash at the institute of Interaction Design at Malmoe University, working as guide at the museum for film in south Sweden and helping museums with VR technology.

After ten years of teaching and missing the sports, I started a company where coaching/workout knowledge from elite coaches and athletes where digitized. This knowledge is then set into artificial rules to create workout programs based on athletes personal progress and goal.

The last ten years I been employed as a software developer for financial systems in parallel to working with my Art practice. During the summers I also run an art gallery in a remote location up north in Sweden together with my wife.

This has lead to an interest of how to be able to reach out and communicate with art and music regardless of distance and without having to share the same physical space. And here is where new technology comes to it’s best and we all might be able to write the beginning of a successful story where distance and physical space makes less difference for bringing people closer!……………’ 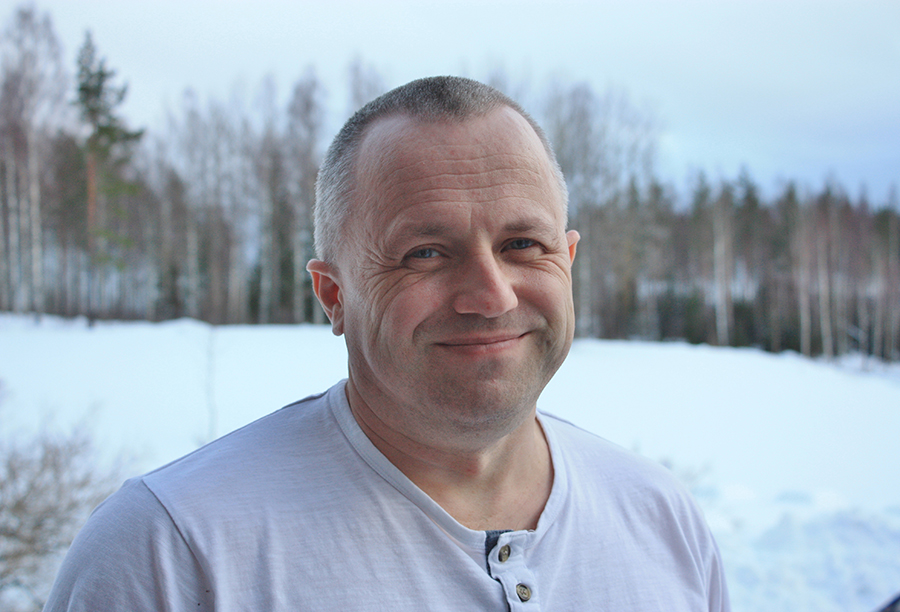 Jonas describes his Studio world for us:

“Often the starting point in many of my works, begin in silence without room and shape. The fluent void of transformation and flow of processes, in any form, are often a welcomed educator and teacher in that silence.

When walked by, contemplated over and observed, they more than once, tend to mesmerize you on the road that follows. Taking notes with an instrument who has it’s own temper and processes as watercolor has, I just love.

With as few strokes as possible, I try to describe sensations in the gray area between the self and the surrounding void. In footprints left behind, delineation and depictions will be found between thoughts and the present.”

This world for Jonas is based in Hassela – Sweden

Jonas has collaborated with Film Director – David Fincher  on the Film, The Girl with the Dragon Tattoo, paintings in scenography – and has a regular updating list of private and group exhibitions  – note the full listing below –

Exhibitions > to 2014 – we are currently updating this information: