Paul uses water colour and gouache with airbrush backgrounds to achieve his artwork.

Artwork is freighted by secure transport nationally and internationally – the cost of freight is calculated by the Shopping Cart as your process your order – please contact us if you have any questions relating to the cost of freight and/or logistics to where you live. https://www.fishlanestudios.com/contact/ 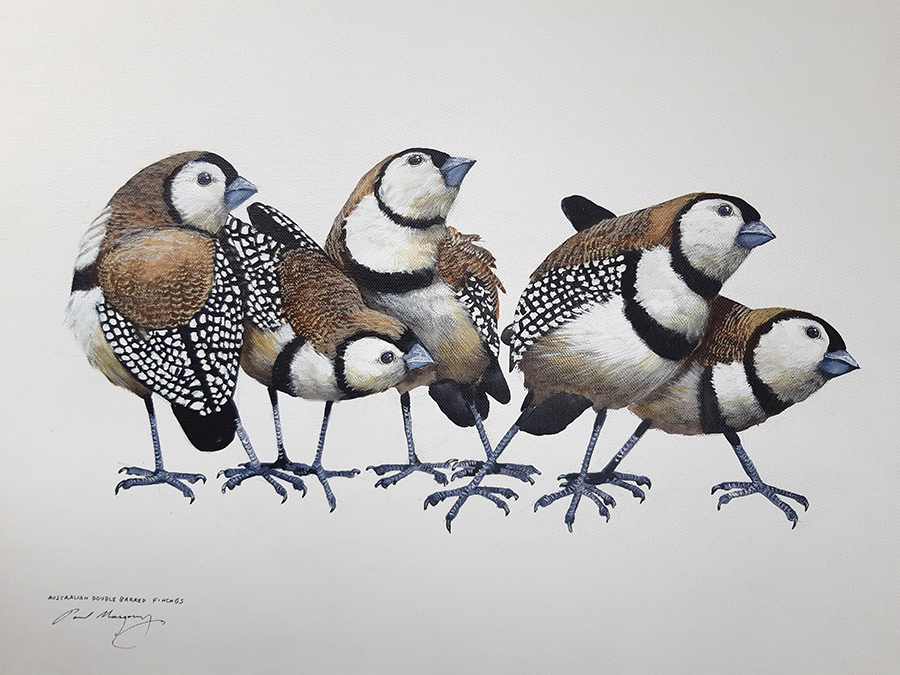 After much research into ornithology and through self-taught efforts and experiments he started to get the hang of it. A few years later he became a member of “The Wildlife Art Society of Australasia” and the very next year won first prize for the best painting.

Since that eventful exhibition many things began to formulate ~ Paul was included in a book launch in 1990 featuring 70 of the best living traditional artists in Australia. He also had a book published on his own paintings. Australia Post commissioned him in 1991 to do a water bird series of stamps and he was subsequently commissioned by the United Nations to paint a series of endangered species in 1994, which was released in Vienna.

Paul has had solo exhibitions in London and Japan, six solo shows in America and two at the exclusive “Raffles” Hotel in Singapore, making his international career blossom. To be chosen to exhibit at the prestigious “Leigh Yawkey Woodson Birds In Art” show in America (80 selected from over 3500 entries) was a “feather in his cap”. He was chosen two years running in 1995 and 1996.

Paul was honoured with a fellow membership to “The Wildlife Art Society Of Australasia” for services to the society and wildlife art. In 2006, he became the first Australian wildlife artist to have a solo exhibition in Hong Kong. In 2009 he released his second book “Away With The Birds”. In 2010 he was featured in a 4-page article in the prestigious “Art In Watercolour” magazine which was released in Paris.

There are no reviews yet.

Only logged in customers who have purchased this product may leave a review. 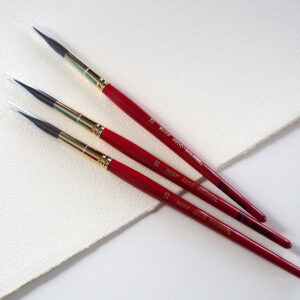 A new development has been the combination of squirrel and taklon. TAKLON for point and spring, SQUIRREL for colour carrying capacity. This mix gives a superb brush for watercolour in particular at a much lower price than sable. 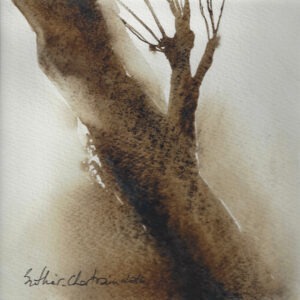 Water colour on 100% Cotton Rag Aquarelle Paper All Work comes with a Certificate of Authenticity – signed by Muriel Buthier-Chartrain (France) Muriel spent the month of September 2016 with us in Australia as one of our 2 Artist-in-Residence 2016, sharing her skills and techniques – her wonderful knowledge as a recognised water colourist and Membre de la Société Française de l’Aquarelle! Image size 15 x 13cm With Mount 30 x 24cm

Time for maturity, a lot of work for the technical mastery – what does  a painter need tofinally find themselves? An understanding that there is no other inspiration source than their own feelings – the deepest – the most secret. My work has changed, slowly, naturally – this was done, as it should be: more and more simplified, almost abstract, but supported by new technical searches always, technical which is essential to develop one’s own expression. Express only one’s self, not being the pale reflect of some one else, regardless of what the fashion is, about me, the only way to have a sincere and singular painting. I have painted in this frame of mind for a long time, without concessions and with passion. ASSOCIATIONS:
Save Save Save
Read more 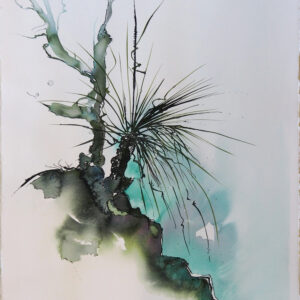 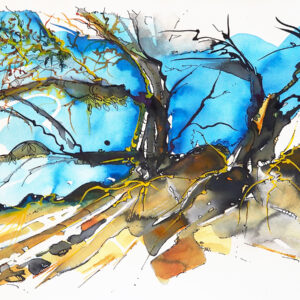 Watercolour and Ink 56 x 76cm on 300gsm cold press 100% cotton rag watercolour paper The Strathbogie Ranges in Victoria – Australia are a rugged range of mountains, with spectacular views! The rocky outcrops and twisted trees are the result of many cold winters and deep snow weathering and cracking the rocks on a daily basis – the colours and shapes are extraordinary! Please Contact the Studio - for more information re this Work
Read more